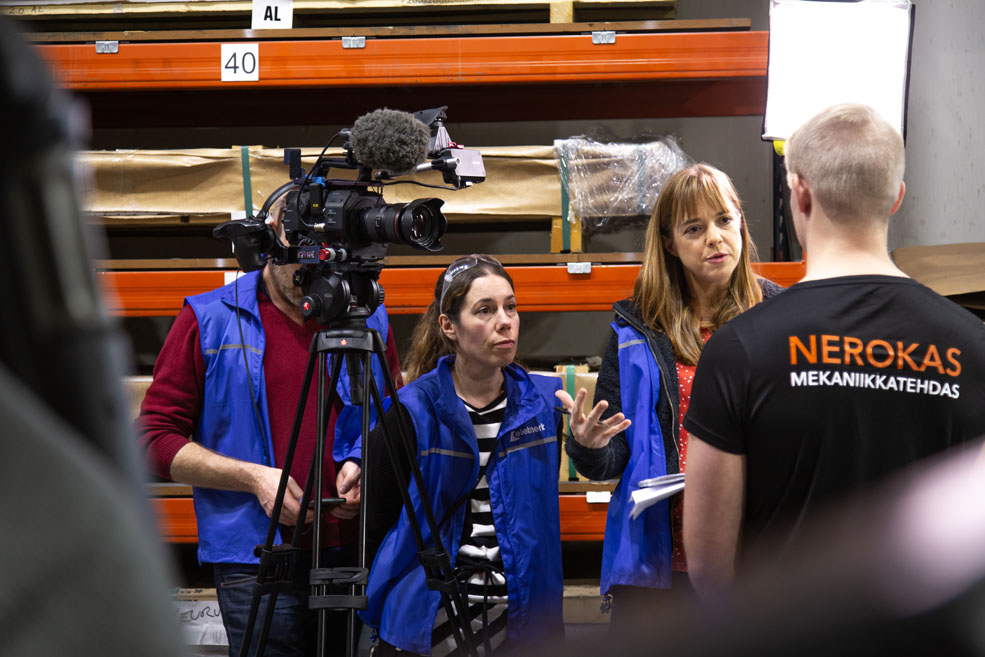 We were involved in the Factory2Fit project as a pilot and, as one of the few companies in the project, made it possible to try out the Work Feel app among a few others. Our employees found the information provided by the application mainly interesting and also received benefits related to their own well-being and work for themselves. Particularly interesting in own health were sleep, pulse and number of steps. The work feel application was used via PrimaPower’s machines in cooperation with VTT.

#TheFactory2Fit project had also wider interest around the world, and through VTT we had the opportunity to be involved in a Euronews document about the project and its results. Filming and interviews were conducted at our factory last week and the program will be out in mid-December.

Ville Vuorela from Elekmerk and Päivi Heikkilä from VTT were among the interviewees. The video shoot of the attached video were made by Advertising Agency Aidia.

Click on this link to view the Euronews document.